Are we any closer to the Premier League’s first LGBT+ player? 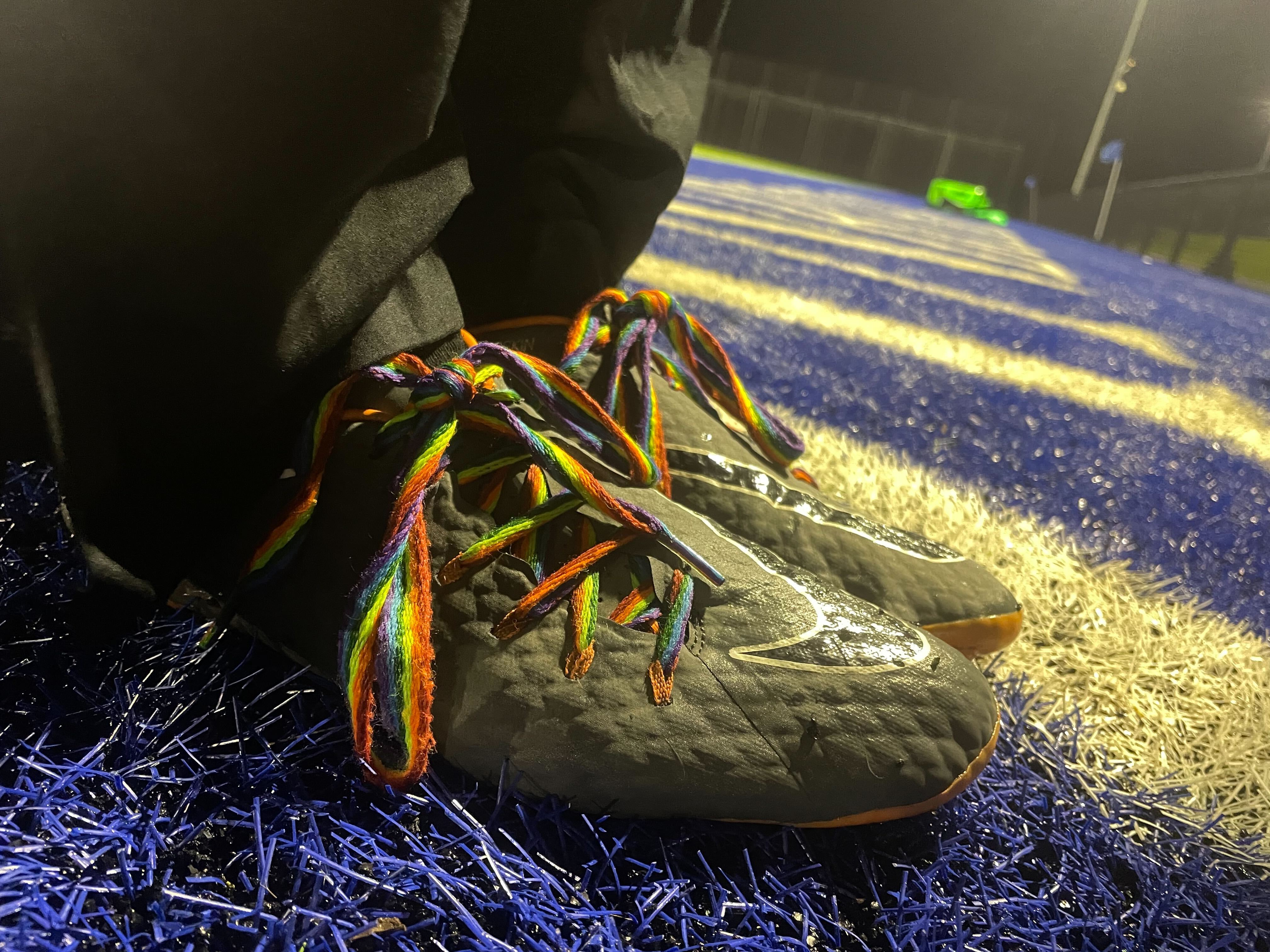 Are we any closer to the Premier League’s first LGBT player?

‍"I'm a footballer and I'm gay"

- and in doing so, became the first openly-gay male playing top-flight football in the world today.

The perception is that society, and this sport that so reflects that society, have made great strides here in recent years. LGBTQ+ Pride parades through major cities every year; footballers show their support with the rainbow laces initiative. But that last sentence makes a mockery of any pretence of genuine progression, certainly in the male soccer game.

There were 41 openly gay/bisexual players at the last Women’s World Cup. There were none in the men’s. What is it about the male football environment making it so resistant to following the path of the women’s game, and indeed, society itself?

"The women's game has a more open-atmosphere at matches, it's more family-orientated," explains Eric Najib, manager of Stonewall FC, the world’s most successful LGBT+ football club, citing the tribalism more attached to the male game.

Dr Stefan Lawrence, an expert in masculinity in sport and senior lecturer at Newman University in Birmingham, agrees that women's football has a "different culture" to men's.

"It's more inclusive and accepting, you don't see the division between opposing fans," he explains, adding that the inclusivity has created "better levels of tolerance within the culture of the women's game". Continuing that, while the women's game evolved to be more inclusive, the male game "evolved differently", still influenced by "traditional views", and as a result "the fans within men's football play a part in preventing male players sticking their heads above the parapet". ITV.com

This tribalism is not just a factor of men’s football, it defines its very nature and appeal: the pleasure from the sense of belonging and the shared experience. Yet it also brings with it, and seems intrinsically linked, with the factors deterring any other players following Josh Cavallo’s lead.

Casual racism, misogyny and homophobia have long gone hand-in-hand with the communal experience at men’s football. Anyone who has been to a game can bear witness to that. Large groups of men, emboldened by alcohol and the safety and anonymity of the group. The worst aspects of the herd mentality and toxic masculinity.

Women’s football, newly popularised, has made its own ‘normal’, not weighed down by the repugnant behaviour tradition has normalised.

There are other factors at play too.

Football is the most popular game in the world and incredible sacrifices are needed to make the grade. The game is littered with supreme talents who didn’t have that mentality and thus fell by the wayside. Most have been in academies since they were 5, 6, 7. Football after school and on weekends. That dedication takes its toll, and it’s not hard to imagine that carrying the burden of a hidden sexuality in a game that normalises discrimination and derision of it, would be a bridge too far for most. As Josh Cavallo admitted, this was a factor driving his decision to come out, in spite of the consequences:

“it’s exhausting, and it’s something I don’t want anyone else to have to experience”.

The media attention on top-level football brings a level of scrutiny that can be uncomfortable even in the form of adulation. Quite aside from abuse from drunken idiots and keyboard warriors, the first-top level player that comes out knows that skill they have honed, that success they have sacrificed so much for, will forever play second fiddle to their symbolism. Their private life and it’s choices fodder for the tabloids and the terraces. It’s worth noting that a top-level footballer has come out- German ex-Aston Villa midfielder Thomas Hitzelberger- but he waited until his admission wouldn’t be a distraction and wouldn’t make him privy to that level of potential abuse.

The extreme competition and hetero-normative nature of the male game may lead to under-representation of gay or bisexual players at the top level, but there can be no doubt that there are many living with the secret. Their burden.

And so the pressure builds.

People are waiting for an elite player to come out. Dr Rachael Bullingham, senior lecturer at University of Worcester, who specialises in homophobia in women’s sport, suggests “it’s such a big deal for one footballer to come out, that a few need to do it at once to take the pressure off”.

Dr Stefan Lawrence, senior lecturer at Newman University, expert in masculinity in sport agrees: “In women’s football, there were barriers, but these have been broken down by trailblazers and this has opened the floodgates. The men’s game needs this”.

Of that there is no doubt. But back to the question at the start: how much closer are we to seeing that happen? And what can be done to facilitate it? If football is a microcosm and mirror of society, a ‘safe place’ for elements to air their prejudices on a Saturday afternoon, do we still have a long way to go on educating and eradicating those before we can hope to see the effects filter down and be felt? To show them that there is NO safe place for those views anymore. Not just to bury or bottle them, but to show them how and why they are flawed.

It is very much a work-in-progress. Efforts have been made but the battle is far from over.

These can be uncomfortable questions for a society that prides itself on recognising and rooting out injustice. There are no easy answers. No quick fix. But there are shoots of hope and it’s on that note  we’ll end. Di Cunningham, co-founder of Three Lions Pride says “we need to keep calm about male players, things are changing”. The tide of history is turning but it will still take time for age-old attitudes to change. It will be a gradual, generational change. With a final prediction that, for once, male football will “follow women’s example”.