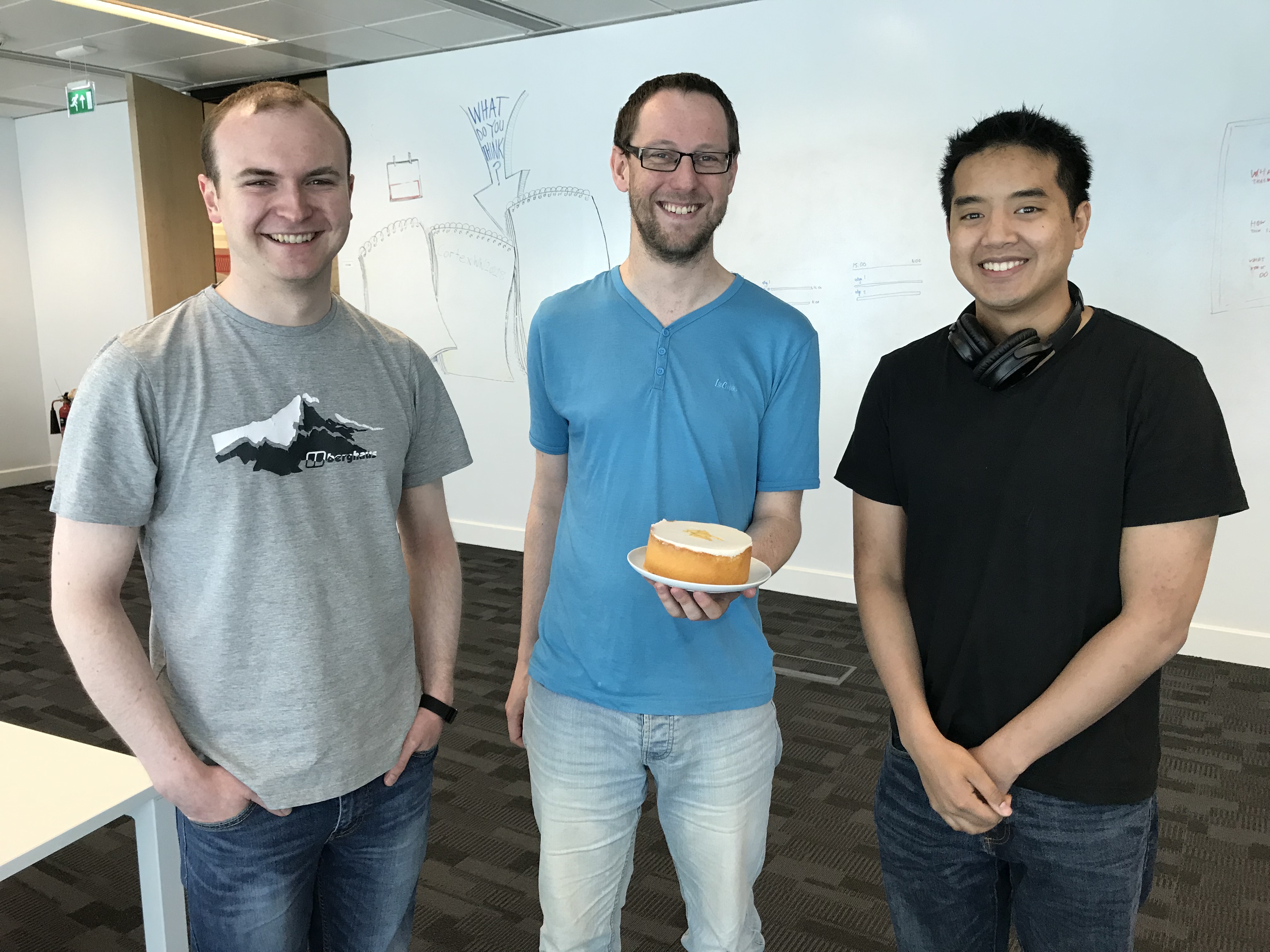 This time last year, PlayerData hired our very first employee. His name: Donald. While he was very much thrown in at the deep end, he certainly had the fins and goggles to succeed. And here he is, answering all our questions, on his one year anniversary.

What made you go into software development? Was it a childhood dream or a lucky guess?

-- Mostly luck, I’ve always enjoyed planning and problem solving, building and fixing things. Software has been taking over the world for my whole life and it made sense to try and get involved in that. I’m generally just as happy with a screwdriver as I am in a code editor but there is a magic to software, using sets of words and incantations to make computers do things for me.

What did you do before PlayerData?

-- Since graduating university I first worked at another startup before moving to an award winning software agency. While there I was lucky enough to work with a large variety of clients. Some were startups, some were large enterprises and the projects spanned sectors like heavy industry, fintech, edtech and biometrics/wearables.

What made you decide to leave that behind and join PlayerData?

-- Variety may be the spice of life but you can absolutely have too much of a good thing. In an agency context you’re usually brought on to a project to help resolve a specific - and often time critical - issue with limited information. You can learn a lot in that kind of environment, and I did, but it can be frustrating as well to see problems develop through circumstances that should have been entirely avoided. PlayerData came along at the right time. I was looking for a change and after seeing what Roy and Hayden had already built and the huge amount of potential it had I knew I wanted to be involved.

Tell us about your first few weeks here. (We hear you had an interesting induction!)

-- It started before the induction, I’m pretty sure Roy said during the interview, “oh and we’re going to Mexico in four months to do a big field test of everything at the Homeless World Cup.” So right away we had a big deadline bearing down on us, we needed more units than had ever existed and we needed the software to run them all. The back end software was in Ruby which I’m familiar with, but the code on the units themselves is mostly Python, which I’d never seriously worked in before. So basically it felt like I’d just continued direct from my previous job. We have a deadline, get it done.

It sounds like you were a bit of a knight in shining armour for PlayerData then! How did things change after the Homeless World Cup?

-- There is a well known but difficult to attribute quote that perfectly sums up our experience in Mexico: “In theory, there is no difference between theory and practice; but in practice, there is.” It turned out there were some critical issues with the design of the system we took to Mexico that simply hadn’t manifested in all our other testing to that point. So while it was disappointing that the system as a whole failed to live up to it’s promise that’s why you run field tests.

As well as it’s weaknesses we also identified all the parts of the system that worked and they had worked really well. So after we came back, Roy and Hayden and I sat down and re-architected the system. We knew we had good components, we knew where the weaknesses in the original design were and this time around there were three of us poking holes in each other’s ideas. There was also a bit of a shift in terms of how we attacked problems, our new design has allowed us to work in a more agile way than previously, in fact we’re doing some further small scale field tests with the app next week.

What are your day-today activities in PlayerData?

-- Every day starts with a quick stand-up just to make sure we’re all on the same page. After that it’s on to building the software so naturally I work most closely with Hayden as he wrote the majority of the initial system. Generally I’m either writing code for Hayden to review, reviewing code Hayden has written, sketching out architecture diagrams, messing with our software infrastructure or working with the team more broadly to ensure that what we’re building matches the longer term plan and is what our users will really benefit from.

And finally, make us blush and tell us what you like about working for PlayerData.

-- Obviously the team and the challenge of building something that’s properly new. But in a more abstract sense it’s that there is no part of the system or organisation beyond question. It’s fitting that a company that started out to improve athlete’s performance is itself very willing to challenge its own performance and look for ways to do better.

Huge thank you to you, Donald. It’s been great to get your insider views on PlayerData, but more importantly, we want to thank you for all your hard work and dedication over the past year. And here’s to many more!