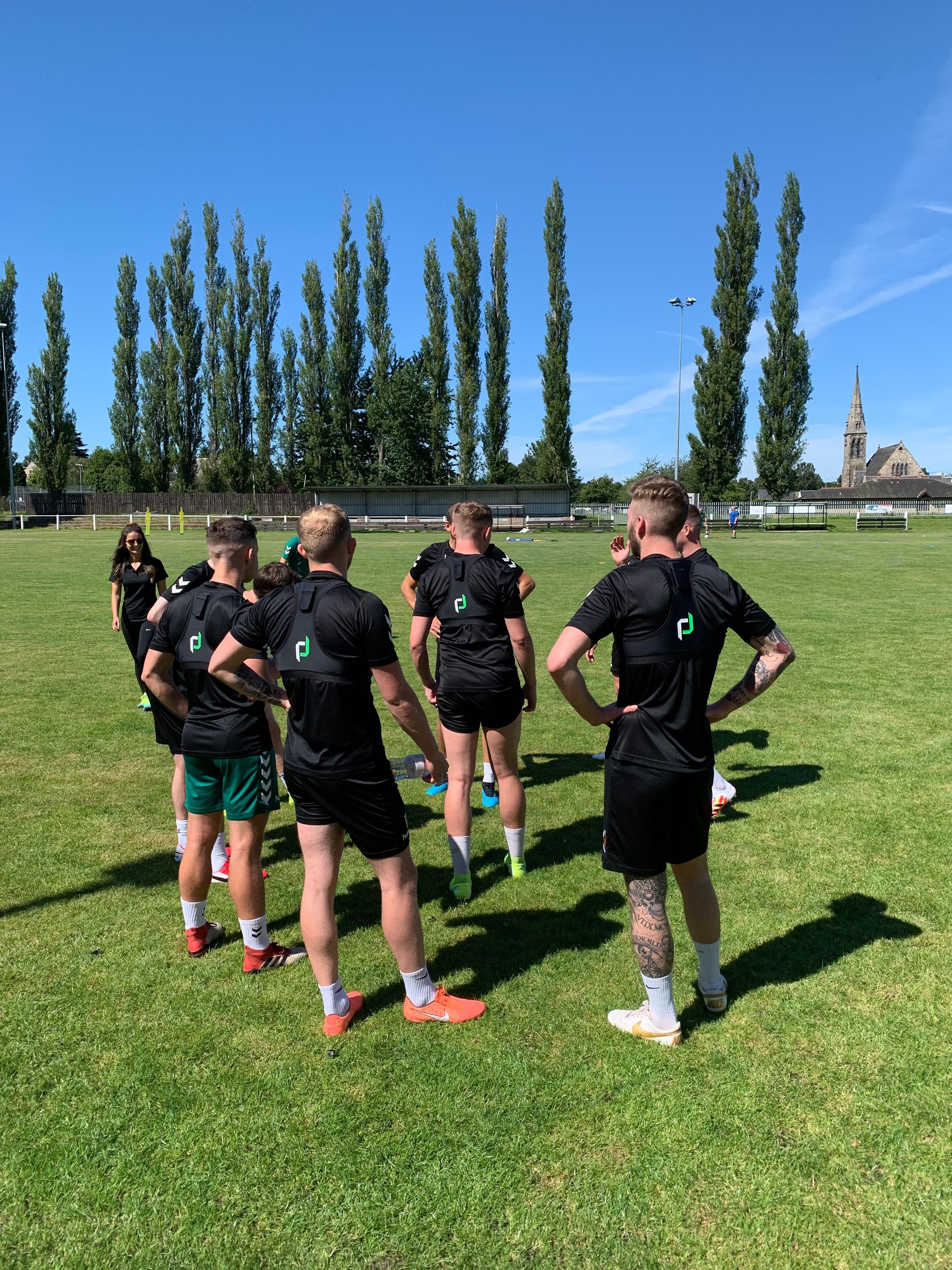 In the first blog in this series, we covered distance and how it can be used as a whole to inform practice scheduling and player load. However, it can be broken down again so that more details of a player’s effort can be measured. This is done by measuring how far players travelled at particular intensities.

At PlayerData, we measure 6 speed zones that will be covered in a later post. These zones are set to each player’s max speed so that all results are personal and comparable. The top two zones are high-intensity running and sprinting. We measure and present how far each player travelled at those 2 intensities. This can then be coupled with overall distance to assess how hard a player was working.

Time for an example! First let me set the scene: you are a coach who plays with a single striker. You expect this striker to press the defenders hard to pressure them into mistakes when not in possession and set up opportunities to play through the wide attacking midfielders. In regular attacks, their role is to lurk in and around the box for cutbacks and quick snapshot opportunities. You have 3 strikers in the club who have a similar level of finishing and want to use the data to help determine your choice on who to pick. Therefore you create a session that focuses on the above scenarios with each striker rotating through the drills and match play.

Below is the data from those 3 players. Before we talk through it, have a read of the data and try to think about how it works in tandem with the needs of the position. Who would you select to start based on the numbers and the role?

It is important to keep an eye on the distances covered. In this instance their distances covered are very similar, therefore we need to take a closer look at the more intensity-driven metrics. Let’s look at the positives and negatives of each of the individual players’ sessions.

Player A - Positive: Covered a lot of ground quickly. Did the most sprinting so very eager to press effectively and make many sprint moves in the box. Negative: Could be argued doing too much; sprinting nearly as much as high-intensity running is very energy-sapping, may not last the whole 90 minutes at that level. Drop off could be sharp.

Player B - Positive: Although the lowest distances, it could be argued that they chose their timings to press more effectively. Didn’t sprint as often to conserve game long energy reserves, shorter in box sprints. Negative: Could be an indicator of low work rate, covered the same distance as others but not as intensely, potentially not as effective press.

As you can see from above, there is no perfect formula. However, by having these numbers you can ask players to work on certain areas. You can also see how the raw numbers cannot be used solely for selection, as different players have different styles and processes. The data can be used to advise selection and highlight to players why one style matches the team’s current need.

There is one metric to discuss further and it is the previously mentioned speed zones. These give a full activity metric of your sessions and matches, showing how much time players spend moving (or not,) the results may surprise you! Check in next week to find out.