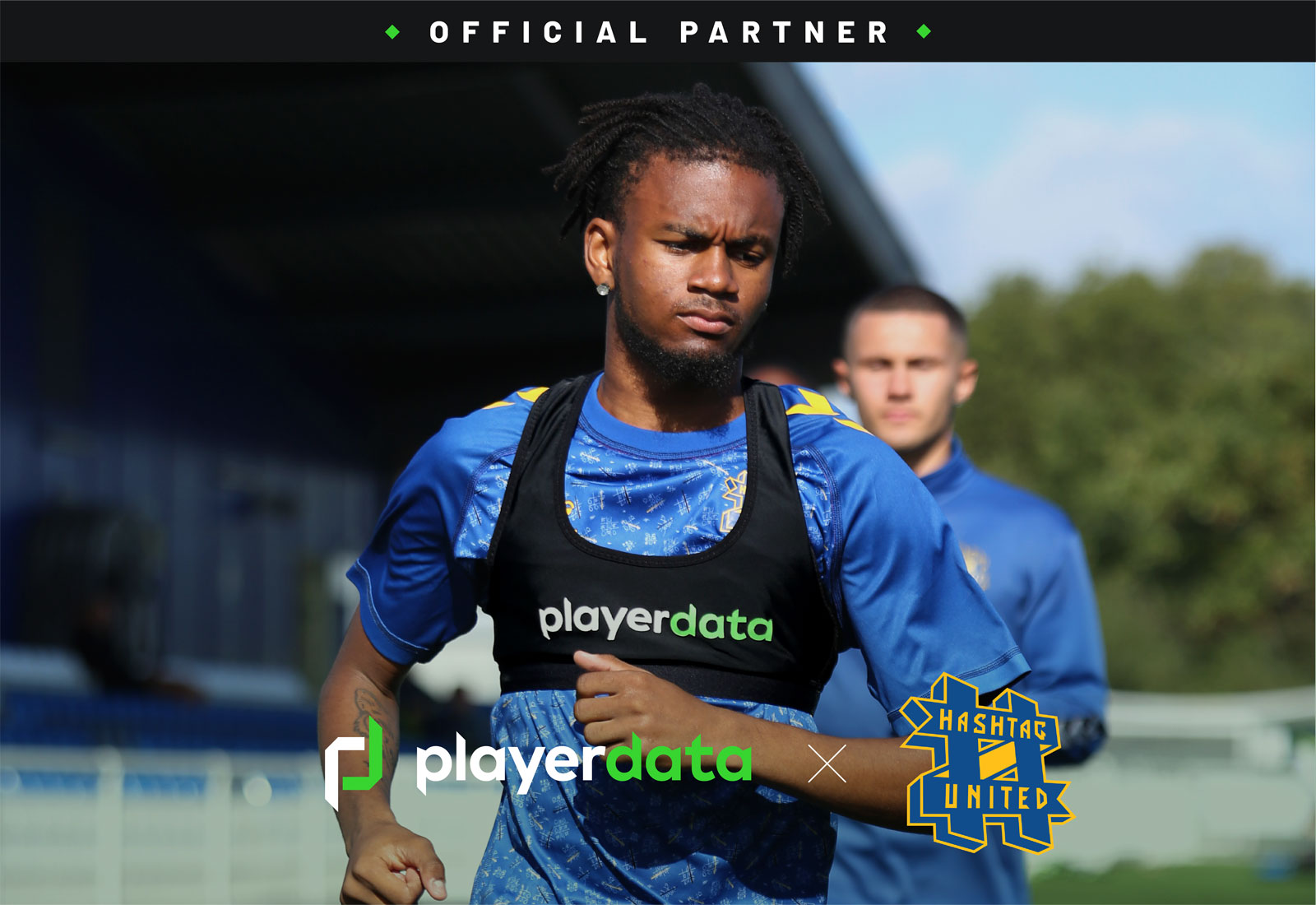 We are delighted to announce our latest partnership with Hashtag United. It is no secret that here at PlayerData we’re passionate about building a community for everyone, of all levels of the game, from grassroots to professional. We are not alone on this mission as Hashtag United not only shares this vision, but have done a phenomenal job of living it over the last 6 years.

Founded in 2016, Hashtag United initially played exhibition games around the world, including at Wembley, and then moved into the world of non-league football. Two promotions and two mergers later, and Hashtag United now have a men's team playing in the Isthmian League, a women's team in the FA Women's National League, and over 40 youth teams playing at Hashtag United Youth FC. Not forgetting a world-class FIFA esports team!

As part of the partnership, PlayerData will be providing GPS Tracking and Analysis across Hashtag United’s teams. Together, we are on a mission to revolutionise the way athletes train through harnessing the power of their performance data. With technology, our goal is to bridge the gap between grassroots and pro level teams, while building a community for all athletes to come together with their shared passion.

Roy Hotrabhvanon, CEO at PlayerData, commented on the announcement:

"I am incredibly excited about our partnership with Hashtag United - it really highlights exactly what we are trying to accomplish here at PlayerData. We’re on a mission to bring performance data to the masses, giving everyone the opportunities that technology and data can provide. With Hashtag United we hope to increase understanding and awareness of the power of data and increase access for their players and supporters."

"We’re delighted to welcome PlayerData to the Hashtag family, with our men’s and women’s first teams both now benefiting from their technology.  Data is such a valuable tool in sport, but at our level, given that staff and players are not full time, we need a solution that serves our needs as efficiently as possible. The PlayerData system is clear and simple to operate across the board, and it is not only already helping players and coaches improve performances on the pitch, but it will also hopefully offer us an extra layer of content to engage our supporters and audience across the world."