A look back at our time at the Homeless World Cup 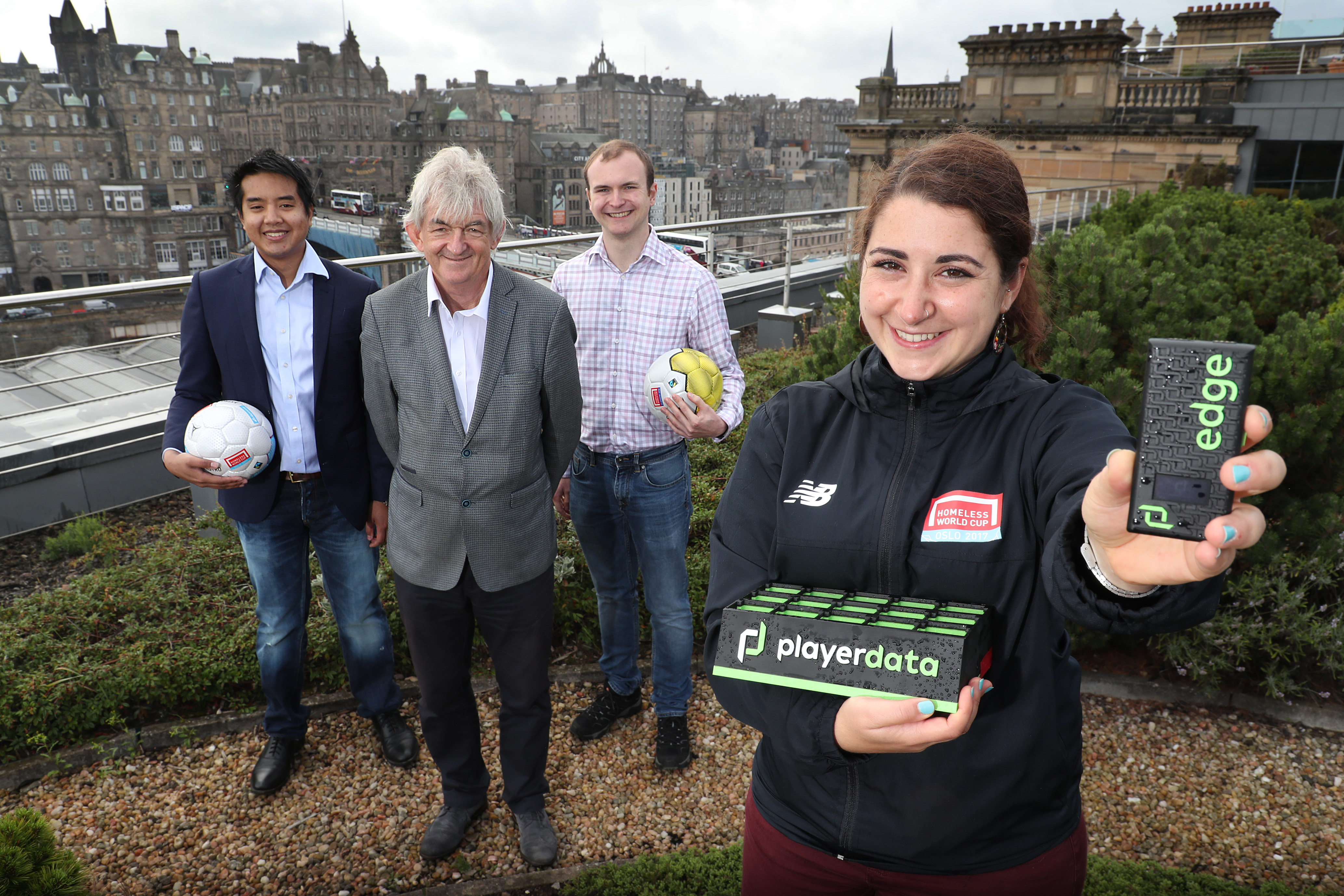 With the Homeless World Cup set to take place in Wales at the end of the month, we thought we’d look back on our trip to Mexico for the event last year.

Barely a year old, PlayerData were getting closer and closer to a functional product, and needed somewhere to test it on a scale slightly larger than Roy running around the roof of our building. It seemed the Homeless World Cup could be our answer. After just one meeting, PlayerData were set to field test on a pitch at the event in Mexico.

With only 4 months and a lot of work to do, the team quickly grew to 3, hiring Donald* to help get everything ready for the ultimate test. Volunteers were then drafted in to go to Mexico with the team to help with the set up and get the footballers on board.

Far too quickly the day arrived, and the team of 5 set off for the sun (and arrived to torrential rain…) Not letting anything stop them they set up in a tech tent and pitched to teams, hoping everyone would be keen to test out their exciting new kit. The response was incredible, and the following days were spent tracking teams’ positional and speed data.

While not everything went quite to plan, it was a great experience, and the team certainly learned a lot. And thankfully PlayerData have been invited back again this year to trial the latest version of EDGE, hopefully with more success (and hopefully since it’s in Cardiff, there won’t be any tapping into the Mexican TV network by mistake…!)

We decided to catch up with Beth, now our Operation and Marketing Associate, who started out as one of the volunteers in Mexico.

How did volunteering with PlayerData at the Homeless World Cup come about?

It was through a friend actually. They had been looking for a final person and the other volunteer recommended me and they asked me to come along. If I’m honest I didn’t really know who or what PlayerData was, I just liked the idea of doing something a bit different with my time while being between jobs.

Had you heard of the Homeless World Cup before?

I actually had, despite not being into football at all. I’d never seen it before but I remember when I did work experience with a publisher I got to help write the blurb for a book about it. It meant I knew all about how it started, and I was really excited about the prospect of being involved in such an inspirational and fulfilling event.

Tell us about the days before you headed to Mexico, was it smooth sailing?

Anything but! But I think that’s pretty normal for a start-up. I was asked to help out with some final preparations in the few days before our flight - little did I know preparations meant being handed a pot of glue and being let loose on the units! It was actually quite fun though, it meant I got to spend some time getting to know the team before going, and it made me feel like I’d helped in the making of them too, even if it was just sticking them together.

And what happened when you got there?

We went to the stadium first. It was absolutely bucketing down and that meant all the building works had been put on hold. It ended up being done through the night so it was ready in time. The rest of my days were spent talking to players really. While the tech team worked behind the scenes, I was the one getting the players kitted up with units and getting them on board to test them. It was great being right in the thick of it and it meant I got to watch all the matches too.

It didn't quite go to plan though did it? What happened, and how was it resolved?

If I’m honest, I don’t really know exactly what went wrong. I think there were just some problems that had never really been considered before that turned out to be pretty major when in a big event situation. Little things that made a big difference, y'know? I think it was a really positive experience despite that though. The team will tell you that it meant they were able to see all the faults that would never have been found on a smaller scale event, which is essential in order to fix them, but for me the most important thing I saw was the sheer dedication of the team. They worked solidly throughout the trip trying to get things working. There was one point we ended up taking apart every one of the 100+ units in order to reprogram them and try again. If that’s not dedication then I don’t know what is!

So it worked out well in the end despite the disappointment?

Yeah, definitely. I think the thing to remember is that you can try and keep perfecting all you like but without a big test like the Homeless World Cup, you’ll never really know. And the team learned so much and were made to feel very welcome that it was really the perfect event. At any other event we’d have felt terrible pressure about things going wrong, but everyone was so understanding and it meant we (the tech guys) could do our best to solve the problems. They pretty much just told us to come back again next year. So that's what we'll do!

Now you've officially been a member of the PlayerData team for 5/6 months now, how does it feel looking back on the event that got you the job?

For me, the Homeless World Cup ended up being a great opportunity in so many ways. Looking back it's actually quite bizarre as when I was there I was having such a great time it never really felt like work at all. I was getting to interact with the players, learn about street football, and really appreciate the event from a different perspective. I was incredibly lucky to be offered such an opportunity in the first place, and then being able to get a job out of it too, it really puts the whole event into perspective from that respect. It's such a great event to get behind, and I recommend everyone, even those like me who don't really ‘like’ football, to get involved in any way possible. The difference the event makes to people's lives is huge, and it's as much about generating awareness and changing people’s perceptions of homelessness as it is about changing lives directly. I'm so glad we're going back again this year, and I know I'll be making sure the partnership stays alive.

We are incredibly lucky to be able to test our EDGE service at the Homeless World Cup. Make sure you check out the great work they do, and hopefully we'll see you in Cardiff!