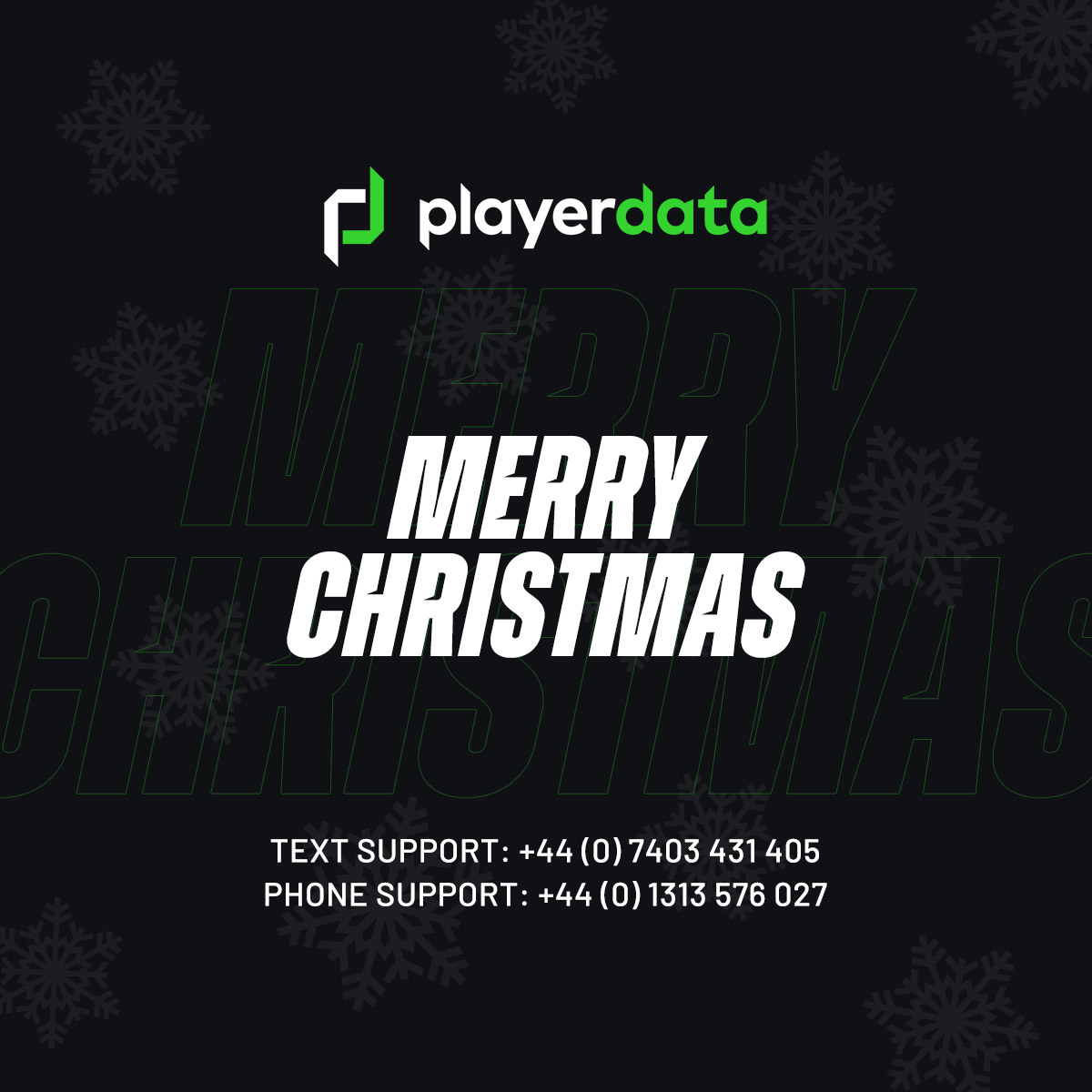 Another year has passed and what a year it’s been - although for slightly different reasons than last year! 2020 has certainly been an interesting one.

We had a very strong start to the year, getting a number of new clubs onboard and making gradual changes based on their feedback. Just before lockdown hit we were beginning to ramp up on orders and were doing all we could to get units out as quickly as possible while continuing ongoing tests and updates.

The start of the year also saw us bring in a number of new hires, almost all within the development team. This meant we were able to ramp up the development of EDGE and increase our projects. We also brought on a designer who quickly revitalised our brand and began work on designs for the app.

Then, Covid hit. Like everyone, we had no idea what that would mean for PlayerData, but we were determined to stay positive and look at it as an opportunity. With all of our customers' contracts paused while they were unable to play, we suddenly had a chance to test our new team by bringing forward the release of version 2 of EDGE. The feedback we’d received gave us more than enough to revise and reinvent EDGE almost a full year earlier than planned. We had enquiries pouring in from June onwards, with clubs eager to get on the pre-order list ready for when training could return.

As lockdown started easing we were able to get out and about, supplying clubs with their orders. Of course, it’s not all been plain sailing. With numerous set-backs due to supply and manufacture, as well as trying to navigate the new tier system in regards to getting out to clubs, we have certainly faced a number of challenges.

Despite this though, despite the set-backs and the start-stop nature of everyone’s contracts, we have had an incredibly successful year.

Back in May we secured a big funding round to support us in our development of EDGE, then last month we won two awards - Scottish winners for TechNation’s Rising Stars and Startup of the year for Fitness and Participation in the Sports Technology Awards.

We were able to continue hiring, bringing in another developer in July, a Sports Analyst and Account Manager in October and making plans to bring on more Brand Ambassadors in the new year.

There have certainly been highs and lows this year, as with any year, but this one has taken even more dedication and commitment from our team than usual. We are incredibly proud of how we have handled what can and has only been described as “unprecedented times” and want to thank you all - our talented team, our patient and supportive customers, every single person in our community - we couldn’t have done it without you.

We will be posting again at New Year to look ahead so all that’s left to say for now is happy holidays. Have a great Christmas and a wonderful new year!