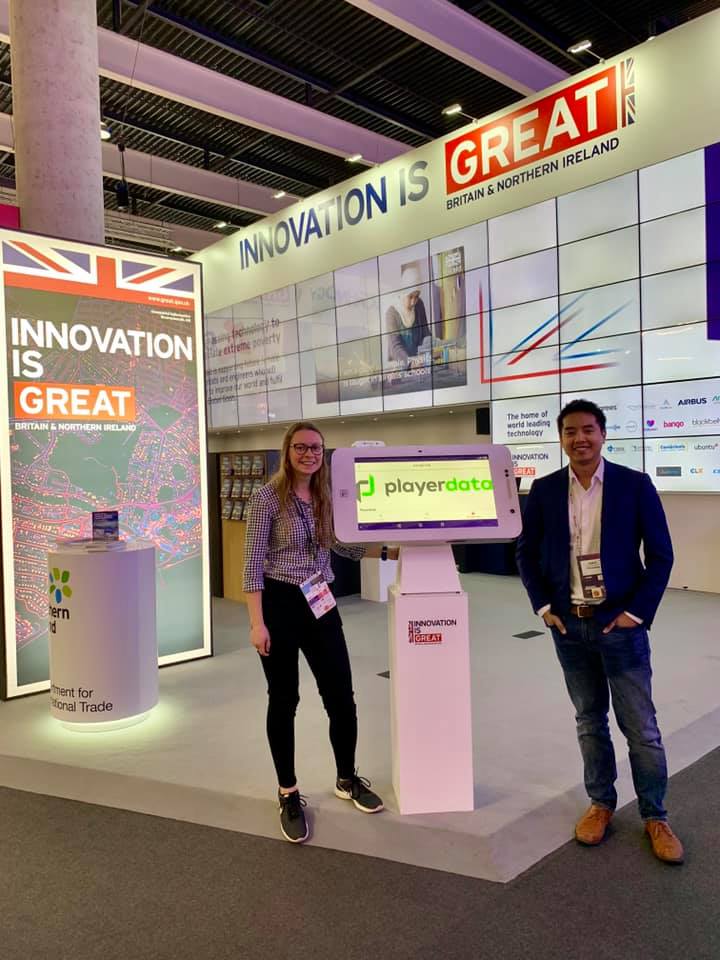 With only a few more days until Christmas we thought we would wrap up another year of PlayerData with a blog post. And what a year it’s been!

The year started with a band of 3. We’ve definitely come a long way since then. January saw the arrival of our first non-tech role and was the season of conferences. While the tech team stayed at home reworking EDGE, the rest of the team were travelling all over to get people talking about PlayerData and making connections across all of Europe.

It must be noted that the start of the year was tough for everyone. With the decision for a full revamp of the product there was so much work to do and so little man-power. But our incredible team showed us day after day how capable they were and our little team went from strength to strength.

Our EDGE service went through some dramatic changes, from sensors to a GPS framework and the addition of plenty of new features. And let’s not forget it’s full makeover by i4 designs!

By summer we had delved right into the world of Scottish Football, and had our first teams on board to test out EDGE. Of course there were a few hiccups along the way, as to be expected for any new product in the making, but the feedback we received spurred us on to make EDGE bigger and better than ever.

Key adjustments were made following the feedback from clubs, including the move from set to variable speed zones to allow for a more personalised representation of performance, and the introduction of sports vests. Not only that, the PlayerData app gained surveys, meaning coaches could begin monitoring the mental load of players, providing that bit of extra insight.

We then took on our very first interns, who wowed us from the get go and who have remained with us since and will join us full time on completion of their respective degrees.

In the latter half of the year we welcomed another 3 team members, and the new year will bring 3 more again. This means we are able to continue and expand the development surrounding EDGE as well as move into refining the finer details and get more clubs on board. We will also be looking towards boosting surveys and offering it as a stand alone feature to teams.

We have attended a number of events throughout the year, from football tournaments to award shows. We made it to the finals of the Scot Tech Awards as Scottish Hardware Startup of the Year and won the UK Sports Tech Awards, meaning we had the chance to compete in Vienna for European Startup of the Year. And, of course, we had our annual trip to support the Homeless World Cup which took place in Cardiff this year. While we still have a bit to go before we will be able to cover the whole of the games, we are keen to continue supporting the cause in any way we can and are incredibly grateful that the organisers keep on inviting us back. The Homeless World Cup is an international event which impacts the lives of so many, boosting awareness and giving support to those in need.

We have now reached the point where the data we gather is becoming more frequent; we have clubs signed up to the service and a waiting list for units. This means a lot of work for the new year to fulfil this demand, but we are incredibly excited to have come so far in such a short space of time.

Our team has excelled this past year and continue to surprise us with their exceptional talents and the sheer dedication they bring to our mission. We would like to say a huge congratulations to them all as they have worked their butts off to get us here and we couldn’t be prouder of them.

All that’s left to say is Merry Christmas from everyone here at PlayerData. We wish you the happiest of holidays and hope you have a cracking new year. We’re off for a well earned rest and will be back with you in the new year where we will be looking forward to what is to come. But until then, season greetings!

The Good, the Great and the Even Better: Our 2021 Highlights